Last week I went on vacation to Gran Canaria. I did some biking, running and swimming.

Some athletes would claim this is winter weather training but why train in the sun when 90% of Scottish races are in the cold and rain?

If I want to race faster I should go somewhere I can train in weather worse than my planned events. Then, on race day, I’d wake up, see the bad weather but be relieved that it’s not as bad as the time I trained in hailstones and a gale in the the Arctic circle.

So last week wasn’t winter weather training, it was a holiday! 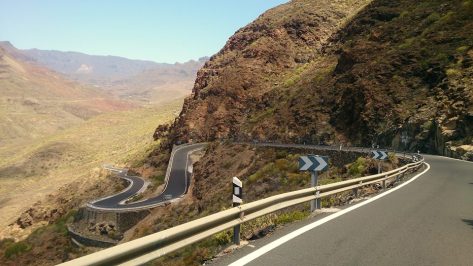 Gran Canaria is very hilly! Be prepared for long ascents. The road surface is great because they don’t get frosts that break up the concrete.

http://www.free-motion.com/en/gran-canaria/ is a great place to hire a bike.  Although, minutes after receiving one, I accidentally dropped it against a concrete column. I spent the rest of the hire period worried I’d damaged it! Thankfully it was OK.

Electric bikes are amazing! I set a speed and then started cycling. The bike takes my pedalling speed and then then gives the bike a boost to get the speed up to what I’d set. I wasn’t aware of the boost whilst cycling on the flat but as soon as I reached a hill I could feel it kick in. It meant I could race up hills without breaking a sweat. If you’ve ever worried about getting sweaty biking to work then get an electric bike. You’ll never sweat again!

Spanish roundabouts are lethal! You go round them on the right but cars seem to come onto them at high speed. I found it easier to stop and let the cars clear before crossing when it was empty.

Spanish pedestrian crossings are even worse than roundabouts. They don’t have traffic lights so you step out onto the road and the cars will stop. That’s the theory but in practice I ended up eyeing up the driver hurtling towards me and only starting crossing if they registered they’d seen the fear in my eyes. A number of cars didn’t and failed to stop.

Once I’d left the main town the roads were very quiet and I’d hardly see any cars. 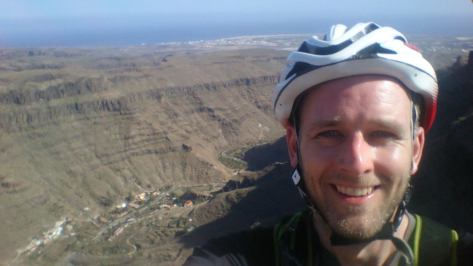 By the end of the week I’d cycled, ran and swam further than any other week this year! So this week I’ve done bugger all. Training is all about balance!