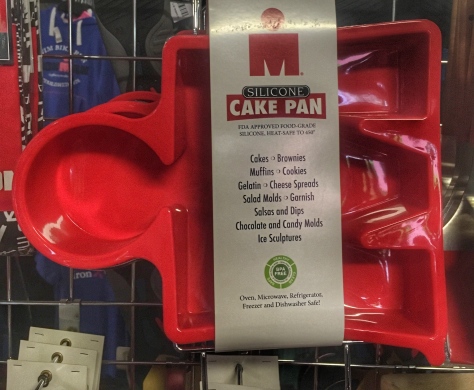 Normally registration involves filling in lots of forms. But not me. I didn’t need to fill in a form as someone had already done it. Which was a shock  but not as much as discovering that the someone who’d filled in my forms was a middle aged woman from America.

I offered to sign her forms but the registration desk rejected my offer. It would have made the finish line interesting. The announcer would said to me “Congratulations…Barbara????”

Originally the swim start was to be in Gosford House – one of Scotland’s grandest homes. I’ve always wanted to visit it so I was dissapointed when the start was moved. Instead of racking my bike in a beautiful garden I did it next to a construction site and a lidl supermarket.

I’ve never had a puncture on my race bike so guess what? Yes – my bike had punctured in the car. We’d booked accommodation near the start so once everything was setup and the tyre replaced we went a pre-race feed of nachos’s and ice cream!

The swim had been shortened due to the weather. Luckily (or unluckily) my first ever sea swim race had been in horrendous weather. The swim was in Fife and, on that day, the Woman’s golf open in St Andrews had to be cancelled due to the conditions! If a land event had to be cancelled then my swim should have been to, but it went ahead anyway. This swim was choppy but it wasn’t half as bad as that day in Fife.

I enjoyed the swim and would have happily done another lap.

I wish something interesting had happened on the bike as it would make this section a better read but it was thankfully uneventful!

The bike route is pretty flat. The longs climbs aren’t very steep and the steep climbs aren’t very long. The first 30 miles are the best part of the course- good road surfaces and nice views over the East Lothian countryside. The route back into Edinburgh had some ‘interesting’ sections – some cobbled roads, a farm road and some pavement.

The only issue I had was towards the end. There was a sharp left turn immediately followed by a slight rise in the road. A lot of people (including myself) misjudged which gear to be in. I heard a lot of “clanking” sounds as people tried to drop to a lower gear. Unfortunately, one of my club mates broke his chain at this point.

I thought I was ahead of Andrew after the bike so it was very disappointing to spot him ahead of me on the run! He shouted “What lap are you on?” as he passed. I should have said “My last!” as that would have played mind games with him.

I spent the next couple of miles trying to work out when he’d passed me on the bike but I came to the conclusion that it must have been in transition as I’d gone to the loo.

Running is my weakest discipline so my aim was to do two laps then take the last one easy.  Thankfully I caught up and passed Andrew on the second lap. If he’d kept ahead of me until the last lap then I wouldn’t have caught him.

At one point a man ran next to me. He muttered “nearly” after ever footstep. He kept this up for the mile he was alongside me. Eventually he ran off. I wonder if he kept up his muttering until the end and then did he mutter “done!”?

On the third lap Andrew was only a minute behind me so I slowed down and let him catch up. Better to walk down the finish line with him than do it on my own. Nothing what so ever to do with getting to spend the last mile gloating about beating him at all three disciplines 🙂

Although I think he’s still ahead in this year’s Todd Championship. It’s still all to play for…

The course was good, the event was well run and I got home in time for my dinner. What more can you ask for in a race. 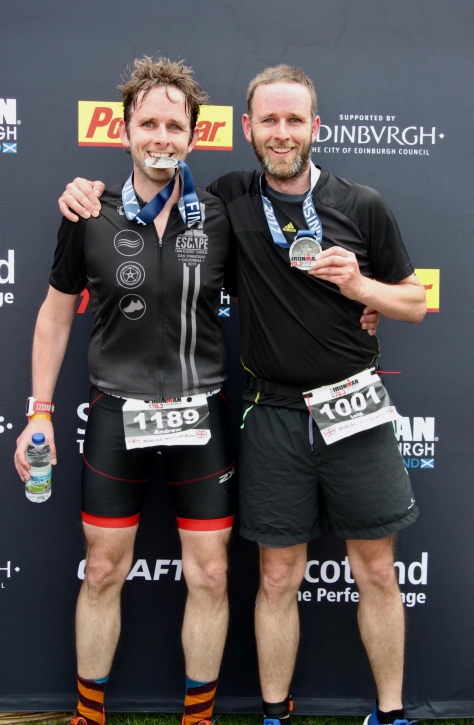