The reason why is because:

This year The Devil O’The Highlands was aptly named because it was hot as hell.

Up until CP3 the the conditions were warm but bearable but as soon as I left Glencoe the clouds parted and the sun broke through. It got hotter and hotter as I approached the Devils Staircase. There was no wind to cool me down which made the climb tougher than usual.  At the top I was greeted there was a Devil handing out Jelly Babies. I took one. I may have sold my soul in the process. I’m not sure. I didn’t have a chance to check the terms and conditions for taking a sweetie. 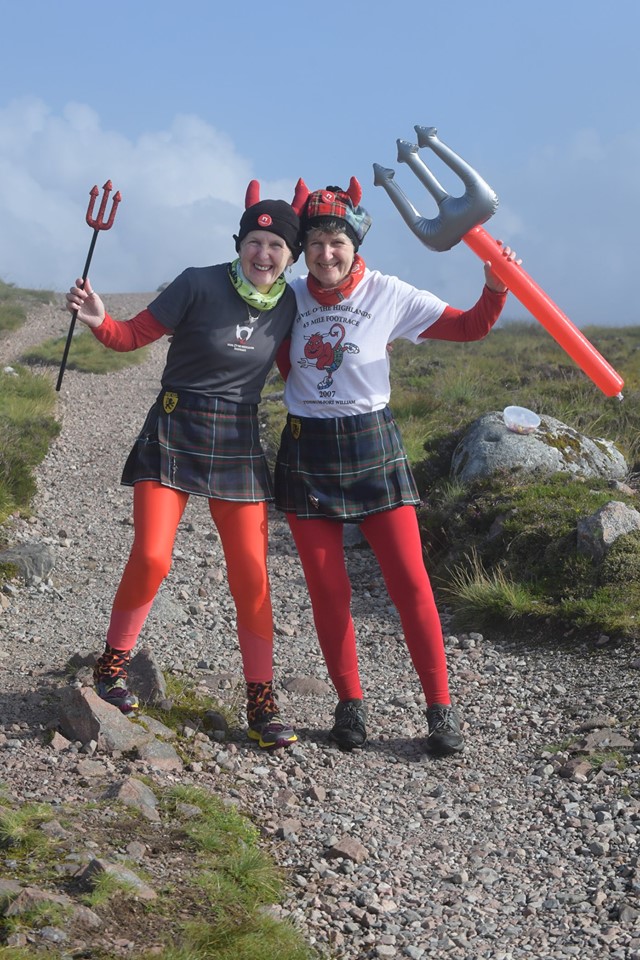 From the top it was mostly downhill to Kinlcohleven. I enjoyed this section as the views were great and the running was easy although towards the end of the run I felt a slight pain in my left leg. I ignored it and hoped it would clear up once I was on flatter terrain. Just before the finish I heard someone sing “Woah, we’re half way there!” which worried me as i was sure we were two thirds of the way there. They than sang “Woah, livin’ on a prayer!”. Thankfully it wasn’t a runner proclaiming the distance but a walker playing Bon Jovi very loudly from a stereo strapped to his rucksack. He was walking with a few other folk who I hope all loved Bon Jovi too.

I reached Kinlchleven about twenty minutes slower than planned but I was happy to have got this far in good time.Only 15 miles to go!