He’s lying in bed in rjukan. A nice wee town at the base of “Zombie Hill.” The famed section of Norseman where runners switch from running on the flat to climbing  Mt. Gaustatoppe.

I’m feeling fit so I’ve decided to take the bike out and head up the mountain. The climb is hard but its more a mental thing than anything else. It doesn’t have many hairpins so each section feels like a long slog.

On the road people have painted zombies or inspirational words. Its easy to tell the UK supporters as they’ve painted the wrong side of the road!

I stop once I get to the Furnicular railway that takes tourists to the stop. I notice its open and running so I head back down hoping to convince Andrew that we should go the top. It feels like the logical conclusion to our trip should be on top of the mountain! 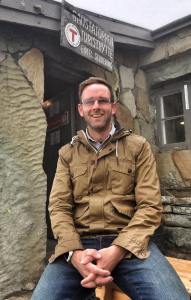 e funicular is great. Its split into two trains. One that takes us into the mountain and then another that takes us to the top. We share a cabin with an older couple.

From the exit its just a few hundred metres to the Norseman hut. Its great to see the finish line even if its 24 hours later!

We take some pics and record a video of Andrew crossing the finish line.

We then pop into the hut to buy waffles. All races should have waffles at the finish!

On the way back down the same couple are in our train carraige. The man says “Not much to see, was there?”

Not really but if we hadn’t gone up we’d always have regreted it!

The aim of the trip was to enjoy the adventure. We had an adventure and we enjoyed it. What more to life is there than that? 🙂 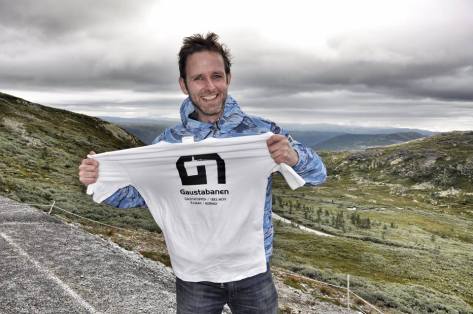