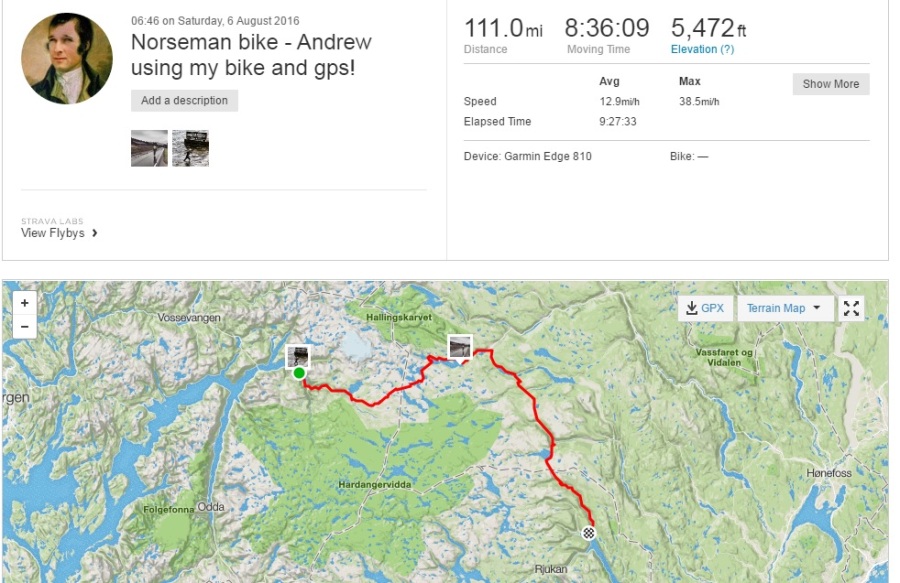 The bike leg of Norseman is 112 miles inland from the pier at Eidfjord to the town of Austbygde. It starts with a 1,250m climb to Dyranut, a long stretch along a high plateau, descends back down before the second half hits you with four increasingly longer and harder hills before a 15 mile descent to T2.

The weather forecast all week had been for a north westerly tailwind and for conditions to be mostly dry. That changed on Friday night. It was going to rain for most of the morning and afternoon. I’d brought waterproof cycling shorts, shoes and jacket with me so wore those straight from transition, even though it was dry when I changed. I thought it would be enough, I was wrong.

The bike leg start with a few miles along a flat road from Eidfjord before the climbing starts. The cliff face rises on either side, we follow the old road around the edge of the rock face, dart through tunnels lit by candles, and it feels like we’ve travelled back in time. We’ve left the modern world behind. The road is pitted, but potholes easy to avoid, the drops are steep and tumble down like the waterfalls that scour the sides. I settle into an easy rhythm in my lowest gear and largely keep pace with the rides around me. Occasionally, I even overtake riders on TT bikes standing on the pedals, while I sit down and pass them on the left.

The views are stunning. Wisps of clouds hug the tops of cliff like triumphant climbers about to summit, looking down I can see glimpses of other riders, brightly coloured ants against the dark grey cliff roads, and I keep repeating in my head:

Because what else is there to do? If I cannot look round and feel that this is the only place I want to be today, that these sights are glimpses of landscape that I’m privileged to see and to be part of.

The climb consists of two distinct sections. The first strikes through the mountain, climbing through a cleft in the rock like the remants of a giant’s axe strike, the second is a longer climb towards the summit, through moorland and patches of snow along the sides of the road. It’s in the second section that it starts to rain. And rain.

I don’t mind the rain at first. I’m prepared, I have my waterproofs and I’ve used them before in bad conditions so know they’ll be okay. But then the clouds lower. Visibility drops and now it’s not only raining I can only see 50 – 100 metres at a time. This is why we wear a high-viz vest and use lights for the full route. I’m grateful for them. Not for me, but to see others, that I’m not alone.

The next few hours are an increasing struggle. The climb goes further than the profile suggests. Long shallow climbs where, even with a tailwind, progress is slower that I’d hoped. TT bike shoot by. I can’t keep up, nor do I try. I went for a climbing bike and comfort, not speed.

Spots that I remembered from driving across the plateau are rendered indistinct by the clouds. A lake with two black houses on the shore. Three turf houses at the side of the road. It’s always too late when I spot them. But still I tell myself to smile. I’m happy. But wet. 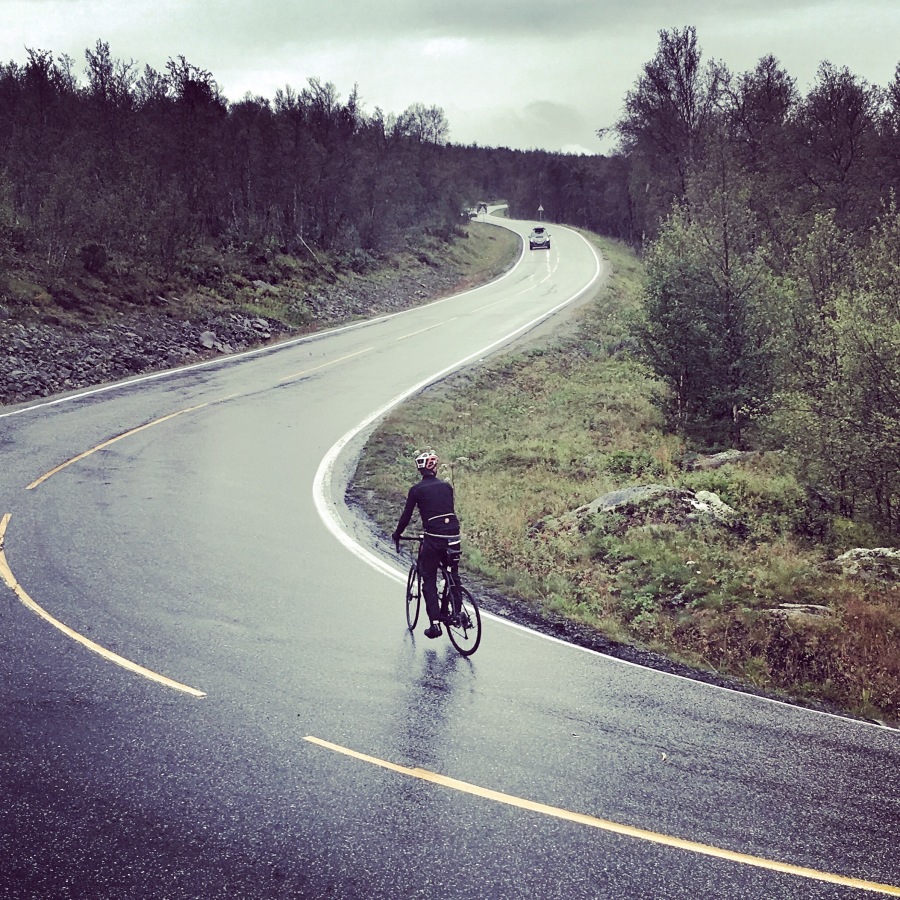 The support car can’t join you on the climb, I see them in a traffic jam going down the mountain as I climbed up, the single road meaning there’s no place to stop. I’ve brought enough food for two and half hours, eating every thirty minutes. My standard ‘meals’ of ZipVit uncoated orange bars and banana gels. But after two and half hours I’ve yet to see Iain.

I thought I saw him at one point. A black Hyundai estate with 91 – my number – on a sticker on the back. He was down a short lane and trying to reverse the car. I’d shot passed him before I could stop. I thought if it was him, that he was reversing because he’d seen me and was going to follow. I was wrong.

It was another hour before I saw him. Every time a car passed I would hope it was him. After 30 minutes I started to worry. I wondered if he’d had a puncture or, worse, an accident. Every black car that passed was met with a searching look of its back window. 201. 15. 134. Not 91.

I was relieved when I finally saw him. I was soaked through and had run out of food. He pulled in a couple of hundred metres ahead of me. “I’ve got you pancakes,” he said.

By this point, I’d been thinking of quitting. I was starting to shake with hypothermia. I was losing the feeling in my hands. The rain was bouncing off the road and I wasn’t sure if I could carry on for another five hours like this.

“Put this on,” Iain said as I stripped off my hi-viz jersey, waterproof jacket and cycling jersey while sheltering under the open boot of the car.

He gave me a new base layer, my thicker cycling jersey (a Castelli Gabba), a fleece, a Goretex jacket and full length waterproof trousers. I thought he wanted to keep warm while we’d stopped. I didn’t realise that I was going to wear this for the next 60 miles.

“I’ll go to the next town,” I said. The warm clothes having done their job in persuading me to carry on.

“Just keep this on,” Iain said. And I did. I got back on my bike and pedelled off wearing more gear than I would I was climbing a mountain.

But it worked. I warmed up. I stopped shaking. The weather was still awful but as I descended in Greillo it became warmer as I left the plateau.

In town I met Iain again. “I’ll get to the end,” I said while thinking “Enjoy this, you won’t be doing it again.”

The second half of the course is a lot different to the first. It’s feels more part of civilisation, you can see towns, wider roads, and more road signs for evidence of other people.

There are four climbs in this section, nothing too tough or too long but each steady. The final climb is the longest, taking you up to and across a damn. It’s here that a Norwegian woman stands on the porch of a remote house and shouts “Well done, Andrew, keep going!”It takes me a few minutes to work out she must be following Norseman on the website. It’s also here where the support of other teams becomes invaluable. I’m going the same pace as a few other riders so I not only pass Iain every 40 minutes or so I’m also passing other support crews who also shout encouragement.

By now I’ve decided I’ll finish at T2. My temperature is screwy, I’m not sure of whether I should be running after hypothermia and the final climb up Zombie Hill is looking increasingly beyond me. I make the decision to be sensible and  finish while I have Iain as support and not to keep going when I’ll be running for at least 13 miles without support as Iain cannot park on the first half of the course (though it looked like many do!).

The final descent for 15 miles, through thick forest, small villages of colourful chalet houses, and, even better, it’s also the first time it’s dry. The sun peeks out, though not for long, and I’m hitting 35 miles an hour on the sharp descent and 25 mph on the flats. It’s too fast, too late though. I’m still dressed like Ranulph Fiennes.

At T2 I tell the timekeeper that I’m done. There is not a single doubt in my head that I’m doing the right thing. (Though a week later as I write this I think “maybe, just maybe I should have gone on” – but I know that’s a daft thought, I wouldn’t have finished).

After 112 miles, my legs feel okay, I still feel strong(ish) but the desire to keep going has been been washed out by the cold and the rain. The thought of running thought that again is more than I take. I’m done. But I loved it. Every cold, wet, miserable minute of it. 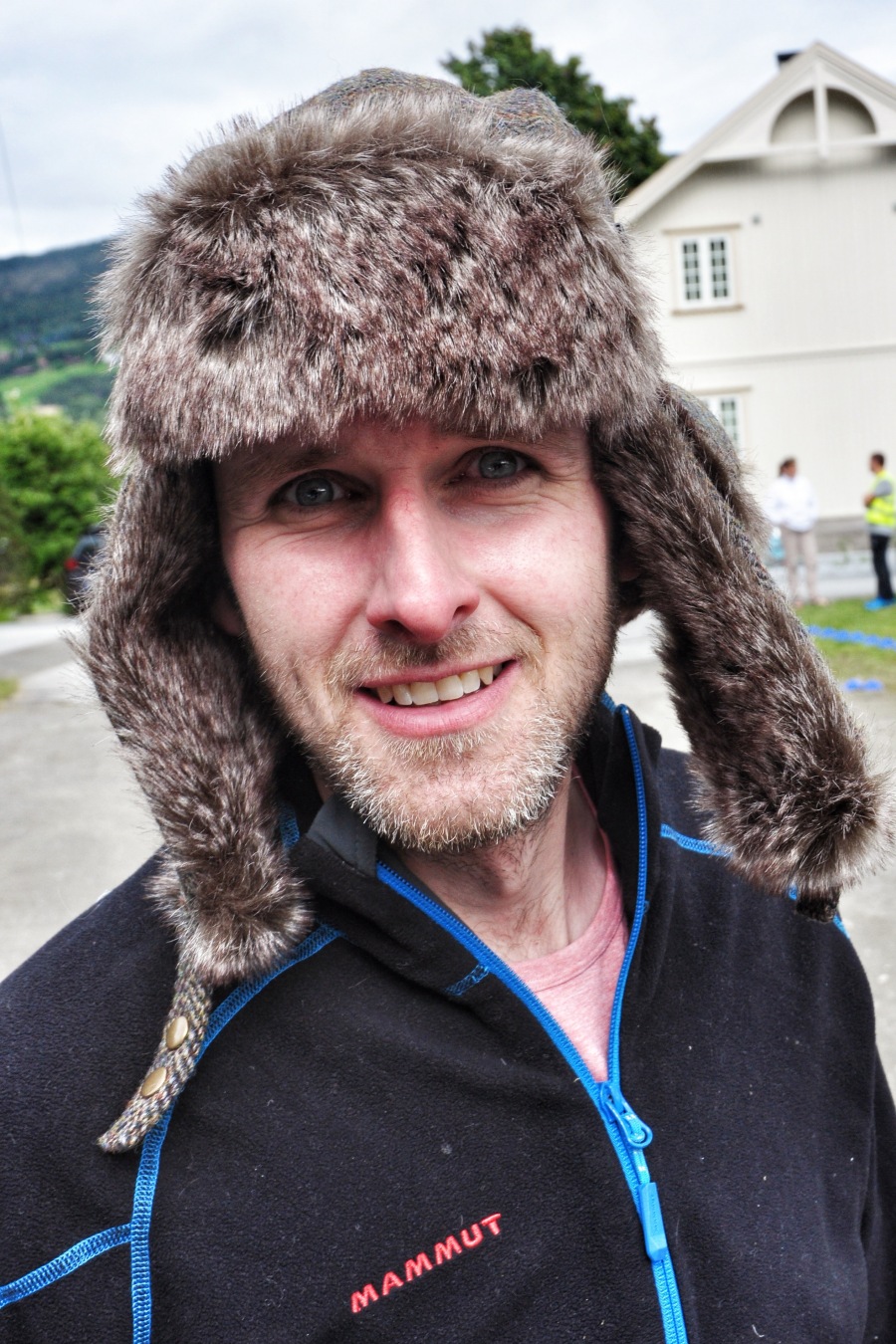 View all posts by Andy Todd